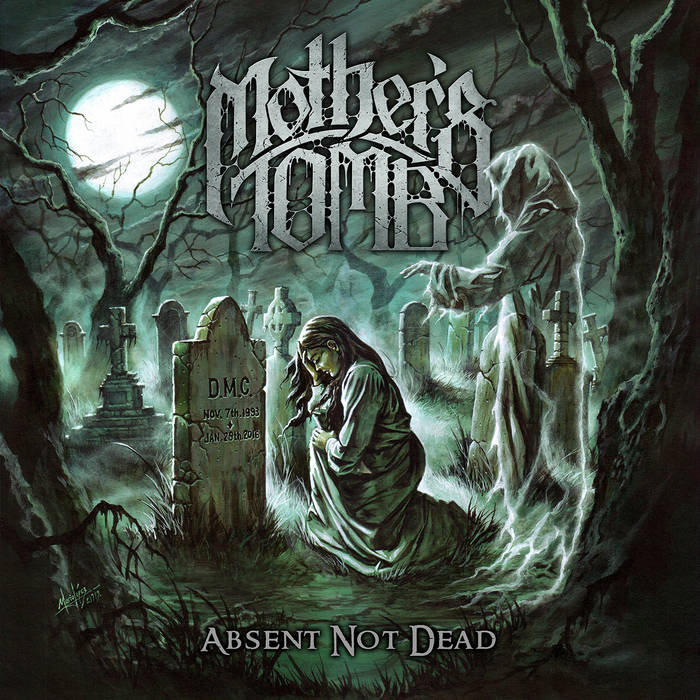 captainfez Having your head kicked in is WICKED FUN. Favorite track: Slaughtering Innocence.

Einherjar Easily one of the best EP of 2019!
This death thrashing beast come to stomp your fucking skull!
Amazing guitar work, intense vocals and killer tone.
I need more of this!
Play this neck breaker at full volume! Favorite track: Mutual Hostility.

this album is gonna be so good!you guys are so talented. this 1st single is kicking my ass!! EAGERLY awaiting the full release!!!

"Absent Not Dead is an articulate and very fun opening salvo from these Atlanta thrash freaks. The touches of death metal and shred that accentuate a balls out assault mean that this is one of the more compelling records of the year. Suffice it to say, Redefining Darkness Records have knocked it out of the park once more. "
- Two Guys Metal Reviews
www.twoguysmetalreviews.com/2019/09/mothers-tomb-absent-not-dead.html

"Once the foreboding intro fades in to darkness, Mother’s Tomb kicks thing straight in to high gear as they provide you with one face melting track right after the next. Each of the three tracks that follow the intro are explosive and well executed offerings of thrashing madness that is coupled with elements of death metal to provide you with an incredibly neck twisting and entirely memorable listen."
- Cadaver Garden
cadavergarden.com/2019/09/05/mothers-tomb-absent-not-dead/

Mother’s Tomb was created on Father’s Day 2018 after Jason Schwartzwalder had parted ways with Brutality and moved from Tampa back to his home in Atlanta. Upon returning to Atlanta, Jason wrote what would become "Absent Not Dead", and enlisted some pretty talented musicians to help realize his vision, including Jeramie Kling (The Absence, Göregang). The name, Mother's Tomb, actually has a pretty deep meaning for Jason. Mother is a word for creation and love, beauty and happiness. Tomb is a word for end, death and sadness... Mother’s Tomb is very much about the balance between dark and light, the beauty in death and the ugliness in life, which is conveyed by the music and lyrics.

"Absent Not Dead" is dedicated to Jason's cousin, Damon Matthew Card, who was murdered on January 29th 2016 in his home in Savannah Ga. Damon was the kind of person who lit up a room without saying a word. All those around him, friend or stranger felt his energy and presence. He was special, talented at anything he wanted to do and just a genuinely good human being. The track "Absent Not Dead" is an homage to him not only in the lyrics, describing in minor detail how he died, but also that those who are not with us anymore physically are still here in the people they influenced and the accomplishment’s they achieved. Absent from sight, not dead in memory.
Damon Card 11/7/93 – 1/29/2016

“Absent Not Dead” is dedicated to the memory of Damon Matthew Card who was taken from this world before he had a chance to truly shine. I love you Damo HFM!!

All Lyrics written by Jason Schwartzwalder

Bandcamp Daily  your guide to the world of Bandcamp

Featured sounds from Fly Lo and Ahmed Idris, plus Mother Nature hops on to drop off new project